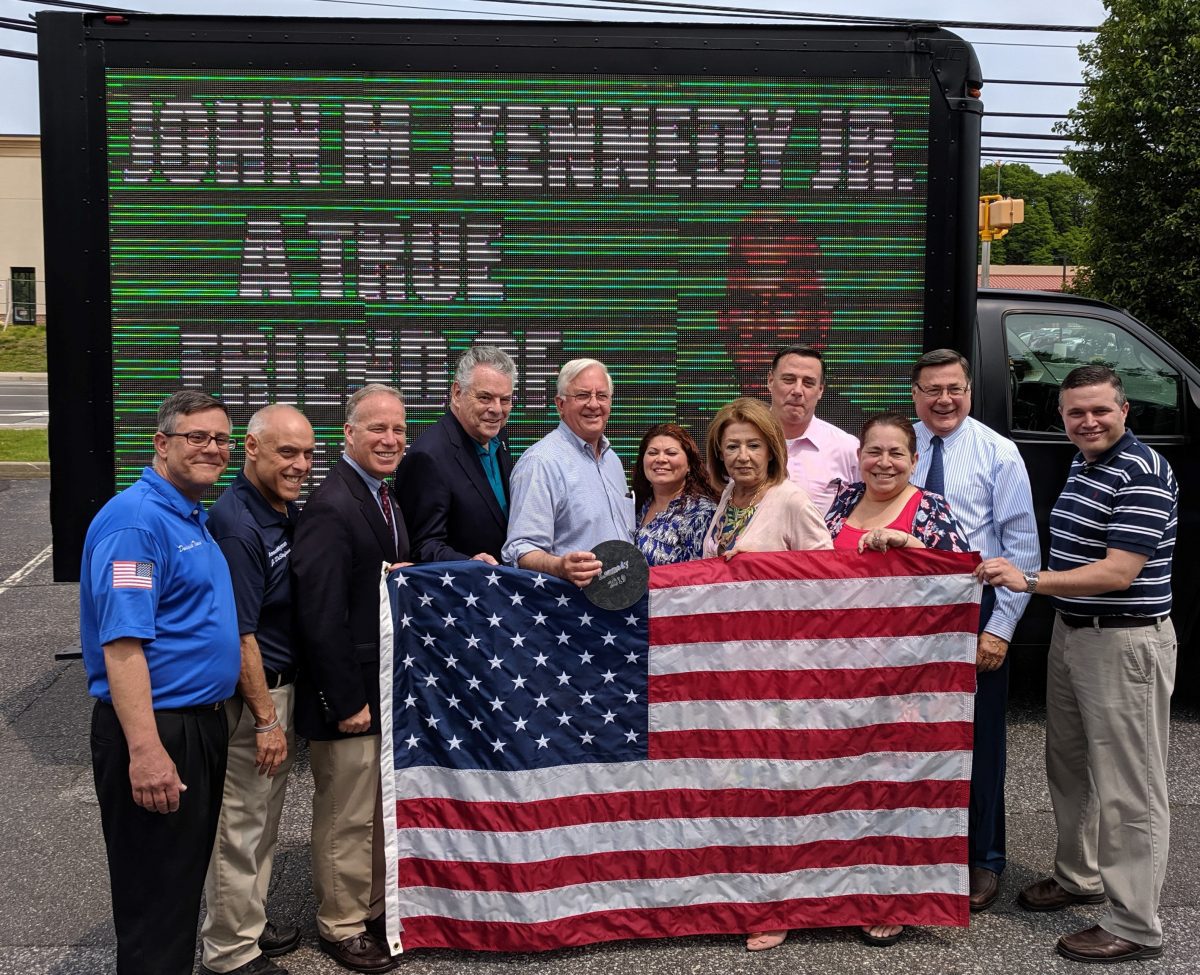 Mr. Kennedy rallied his supporters as he told them that Suffolk taxpayers have had enough of the waste, fraud, abuse and corruption of the Bellone administration. Mr. Kennedy said, “The time is now to return fiscal responsibility and common sense to County government. If we don’t change our ways, our kids’, kids’ kids will be paying off our debt. They deserve better…and we deserve better.”

Dean Murray, Mr. Kennedy’s Campaign Manager, says, “We must not stand idly by and watch our friends and neighbors continue to leave for greener pastures elsewhere… we must take action and urge all of our friends to get out on November 5th and #SaveSuffolk by electing John M. Kennedy as our next Suffolk County Executive.”