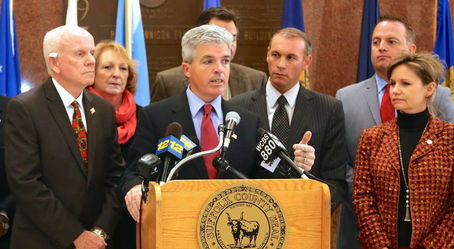 Democrats in Albany added language in the proposed 2019-2020 state budget that allows the Suffolk County Clerk to collect additional verification fees on any tax map number under Part SS of the Public Protection and General Government budget bill (S1505-C; A2005-C). Governor Andrew Cuomo and state lawmakers are looking to pass the budget by April 1, the budget deadline.

“If this budget passes and this language is included, Suffolk taxpayers could face an onslaught of new additional fees in the near future,” Mr. Kennedy said. “And for that, we can thank ‘Backdoor’ Bellone and his tax-and-spend Democrat cronies up in Albany.”