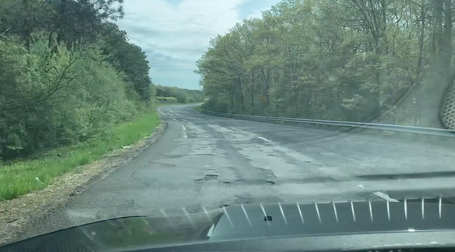 Over the years, the ramps and service roads located off Exits 66 and 67 of the Long Island Expressway (LIE) have fallen into disrepair, causing hazardous driving conditions and making driving on these roads dangerous. These conditions were allowed to exist, thanks to County Executive Steve Bellone’s dispute with the state over whose responsibility it is to fix these roads, which has been going on for more than a year.

The state recently announced that it has agreed to perform repairs on the Exits 66 and 67 ramps off the LIE. Meanwhile, the Bellone administration continues to fight the state over roadwork that the county is responsible for performing, even though the New York State Department of Transportation sent the county two separate letters on May 18, 2018 and November 8, 2018 reminding the county that it is the county’s responsibility to maintain the service roads off the LIE.

John Kennedy, Candidate for Suffolk County Executive, said the roadways’ conditions at these locations are reflective of the deplorable conditions on county highways. The dispute between Mr. Bellone and the state is part of a pattern of the county putting off needed repairs and abdicating responsibility for a crumbling infrastructure. Meanwhile, public safety has been put in jeopardy because of the county’s actions and its ongoing fiscal crisis under this administration.

Here is just a snapshot of the county’s finances under Mr. Bellone’s leadership:

Considering the county’s fiscal condition, a pattern has developed where it tries to forego its responsibilities and puts off current expenses into the future. After mandates and contractual obligations, there is very little money left for providing basic government services, such as maintaining roadways.

“We thank the state for moving forward. However, it’s the county’s responsibility to maintain the service roads off the LIE,” Mr. Kennedy said. “While we applaud the state for taking this action, paving the ramps without the work done to the service road will continue to endanger the public’s safety. We are calling upon the county executive to make the needed repairs on these roads immediately, which have been worsened by the winter weather and the spring thaw. This is an example of the county refusing to deal with the problems at hand, and putting expenses off for the future because of the ongoing fiscal crisis.”