Ronkonkoma, NY — On September 9, John M. Kennedy, Candidate, Suffolk County Executive, was joined by local elected officials and residents at a press conference at the former Oceancrest Diner in Huntington Station, announcing the kickoff of his “Fiscal Reality Tour” as part of his campaign to #SaveSuffolk.

Also exacerbating Suffolk’s fiscal crisis is the reduction in population. The county’s overall population has shrunk by 16,396 in the past seven years, leaving fewer taxpayers to bear a higher tax burden. Favorable Industrial Development Agency (IDA) benefits have further reduced the county’s tax base.

“Mr. Bellone has implemented a series of fees and tax hikes that have inflated residents’ property tax bills,” Mr. Kennedy said. “Out-of-control spending has created a fiscal crisis in Suffolk County. After huge tax increases and enormous reductions in the county’s workforce, we can barely pay our bills. This November, it’s time to say ‘no more’ to fiscal mismanagement and #BigTaxBellone.”

“It is no secret that Suffolk County’s financial condition has deteriorated over the past eight years, with ballooning debt and poor fiscal management leading to more fees and higher costs of living for Suffolk residents,” said Andrew Raia, New York State Assemblyman. “We need someone like John Kennedy to help reverse this debilitating trend and save our county from financial ruin.”

“John Kennedy understands the importance of investing in our infrastructure to bring the Route 110 corridor back to its status as the driving force behind a booming Long Island economy,” said Chad Lupinacci, Supervisor, Town of Huntington. “He knows it’s a necessary step in encouraging private investment and bringing good jobs back to Long Island to help our residents stay here to raise their families and retire in the communities where they’ve spent their entire lives.”

While repeating his call for Governor Cuomo to strongly urge the Long Island Power Authority (LIPA) to settle the lawsuit with the Town of Huntington over the utility’s tax assessment, Mr. Kennedy also questioned why Mr. Bellone has been completely silent on the matter. If LIPA wins the lawsuit, Suffolk taxpayers could be on the hook for hundreds of millions of dollars.

“It is time for government to lead in this time of fiscal crisis,” said Eugene Cook, Councilman, Town of Huntington. “We need to fight for responsible budgets that do not mortgage our children’s and grandchildren’s financial futures, that allow Long Islanders to stay on Long Island. At a time when not only county taxes, municipal taxes and school taxes are going up, we have the Long Island Power Authority going back on their word to its host towns not to grieve their property taxes in not only Huntington, but other municipalities on Long Island. If LIPA is successful, it will be another blow to families, retirees, and young adults who are all struggling to stay here. It’s time to think outside the box to balance budgets, maintain services, and attract good businesses to Long Island that will fuel our economy and allow young professionals to return to Long Island to be with their families.” 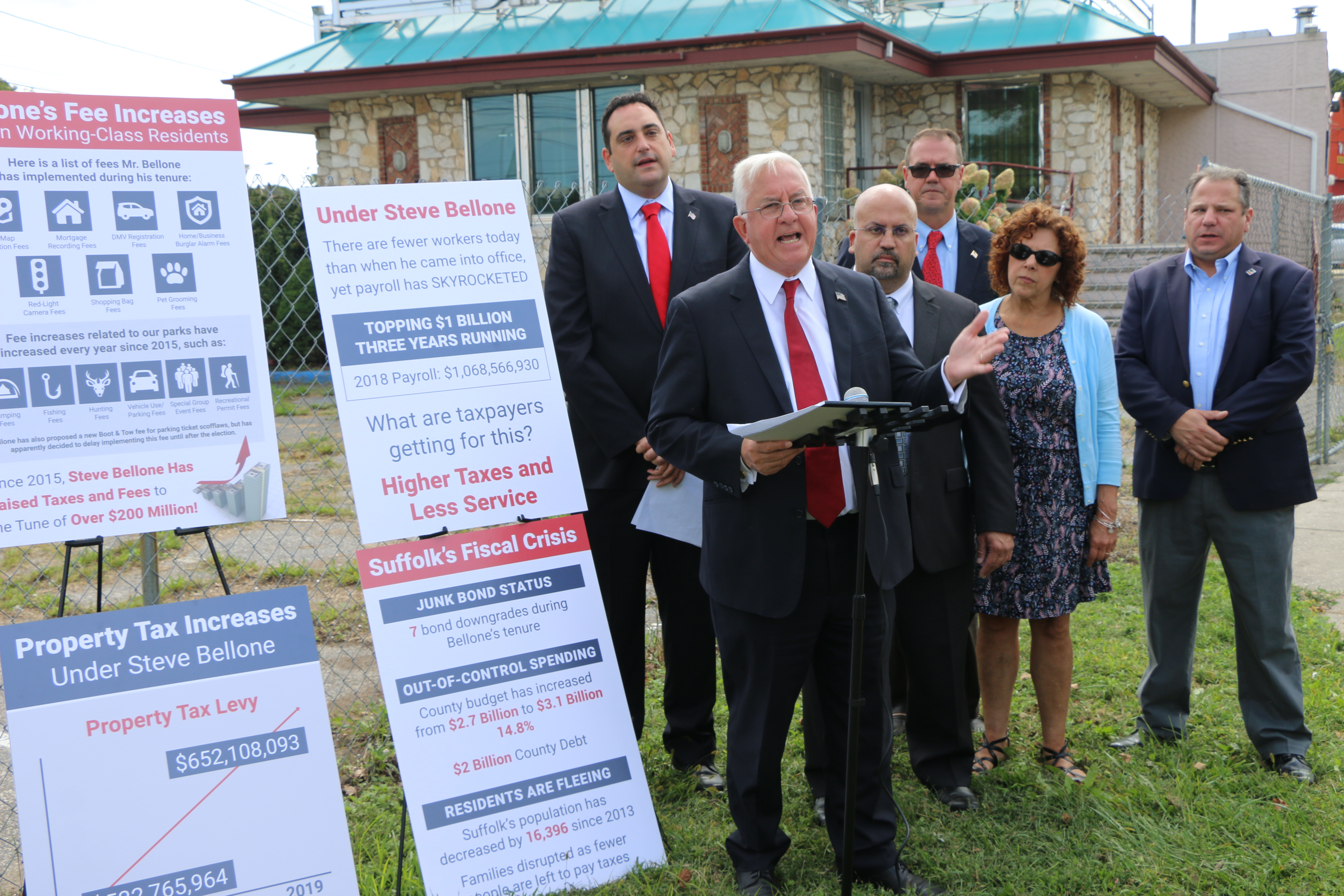