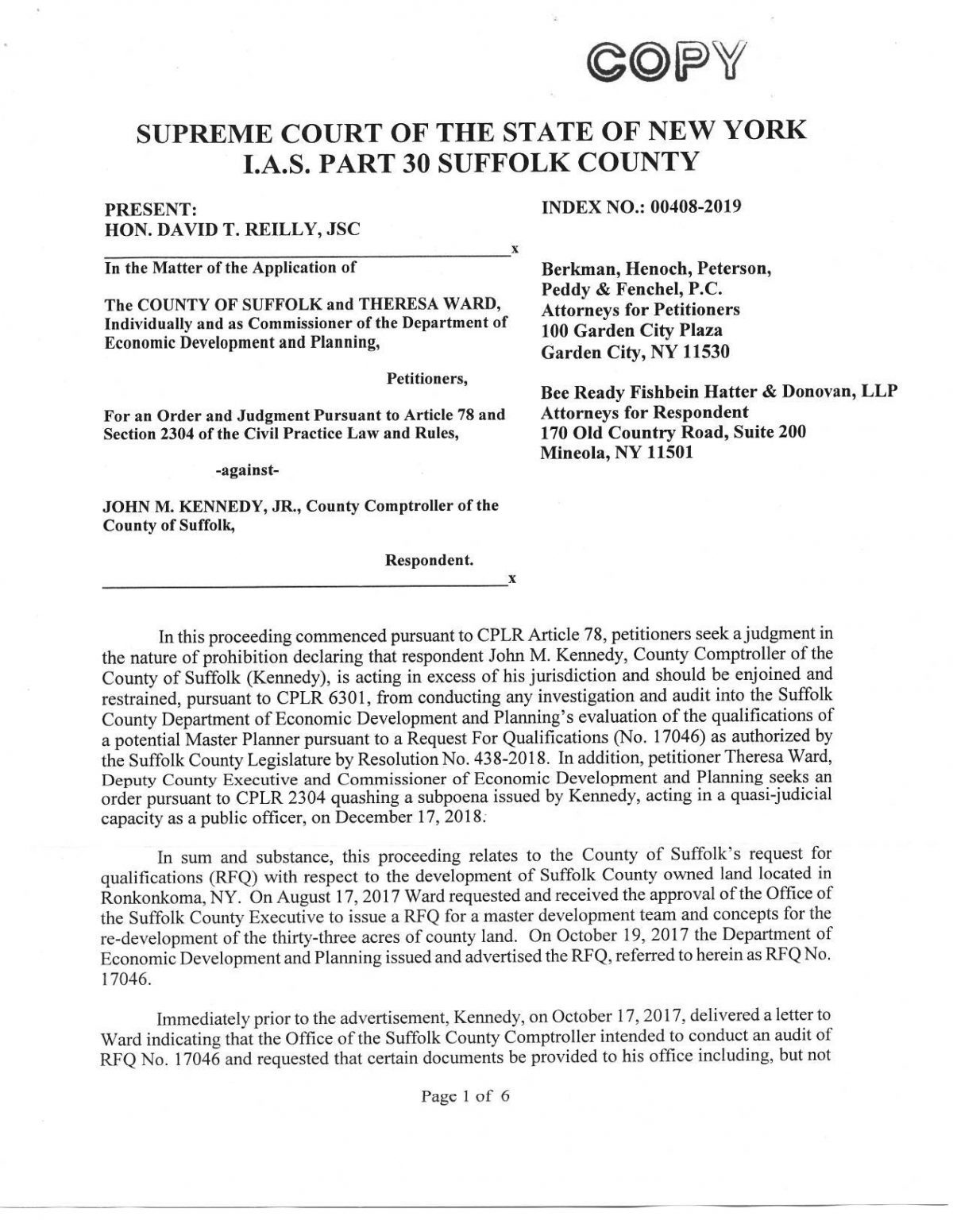 On August 17, 2017, a Request For Qualification (RFQ) was put out for a proposed $1.1 billion development project in Ronkonkoma that would include a convention center and sports complex near the Long Island Rail Road station. The project was awarded to Jones Lang LaSalle America, Inc. and Ronkonkoma Vision Properties, LLC. Mr. Bellone said the project would be a success, despite the fact it was modeled after a defunct sports arena in Seattle. “It’s amazing what people will call a ‘success’ just to justify spending money that isn’t theirs,” Mr. Kennedy said.

Mr. Kennedy requested documents related to the RFQ, but was only given half of the materials. He then issued a subpoena seeking to obtain the rest of the documents. Rather than comply the Comptroller’s request, Mr. Bellone’s office took legal action to prevent Mr. Kennedy from performing his duties to protect Suffolk taxpayers by falsely claiming the Comptroller overstepped his authority. Mr. Kennedy filed a counterclaim, stating the documents are necessary to perform a proper audit.

On October 15, 2019, the court dismissed Mr. Bellone’s claim and ordered his office to comply with Mr. Kennedy’s request. “The Judge’s ruling in our favor tells me all I need to know: it was never about a genuine belief that records didn’t need to be shared and always about covering up an egregious waste of taxpayer money,” Mr. Kennedy said. “Moreover, it is a victory for the residents of Ronkonkoma, who will be severely impacted by this project. It is clear that the county executive sought to hide the details of the project from us. It’s part of a pattern under the Bellone administration: spend taxpayer dollars and then cover up that spending by any means necessary to keep the reality from the citizens of Suffolk County.”