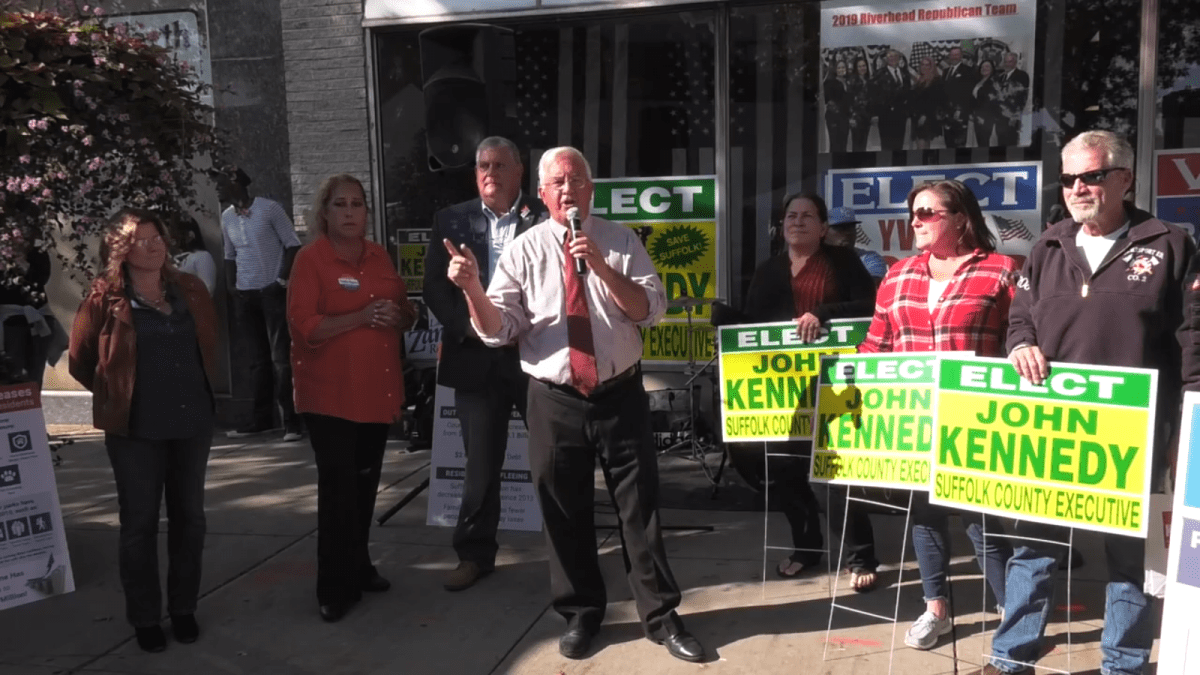 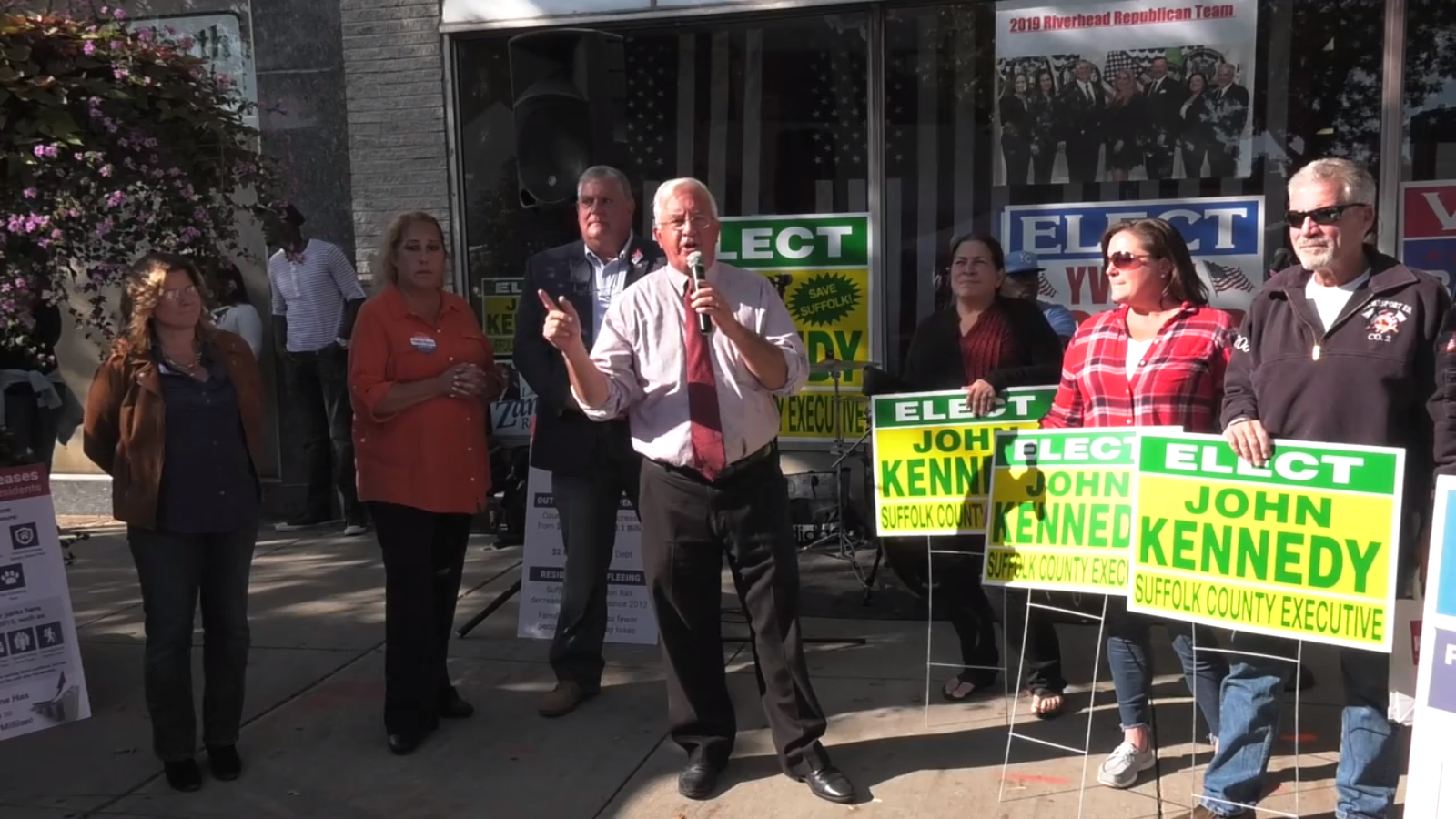 Suffolk County Executive John Kennedy was joined by local elected officials and GOP candidates in front of the Riverhead Republican Committee headquarters during the annual Country Fair on October 13 in the fourth stop of his “Fiscal Reality Tour” as part of his campaign to #SaveSuffolk. Mr. Kennedy explained that, since Steve Bellone took office seven years ago, people have been fleeing Suffolk by the thousands because of the high fees and taxes.

Also exacerbating Suffolk’s fiscal crisis is the reduction in population. The county’s overall population has shrunk by 16,396 in the past seven years, leaving fewer taxpayers to bear a higher tax burden. “We have people fleeing Suffolk in droves because of this fiscal disaster caused by Steve Bellone and his reckless tax-and-spend policies,” Mr. Kennedy said. “Mom and Dad are still here, but their children can’t afford to live here and their grandparents can’t afford to stay here. This exodus means current residents have to pay a greater share of taxes.”